Reply to request for CERTIFCATION

Re: A CERTIFICATION for a Petition for Rehearing - Petition for Writ of Certiorari 14-5551 David Jeep v. Government of United States

It is truly MIND BOGGLING to me that you and others you represent, all PROFESSIONAL law school graduate, can with a straight face support and defend your unmitigated "sincere ignorance and conscientious stupidity"[2] again.

The enclosed petition restates the fact of the NOT "facially valid court order,"[3] [4] issued in the "clear absence of all jurisdiction,"[5] Monday November 03, 2003 08:00 PM, in terms the denial of "a Republican Form of Government," [6] "cruel and unusual punishments"[7] and "involuntary servitude"[8] that "a four-year-old[9]" could understand

I am herewith stating UNDER PENALTY of PERJURY that enclosed Rehearing – Petition for Writ of Certiorari 14-5551, originally mailed and dated October 6, 2014, is being presented in "good faith and not for delay."  I have complied to the best of my pro se indigent ability to comply with requirements of the court. 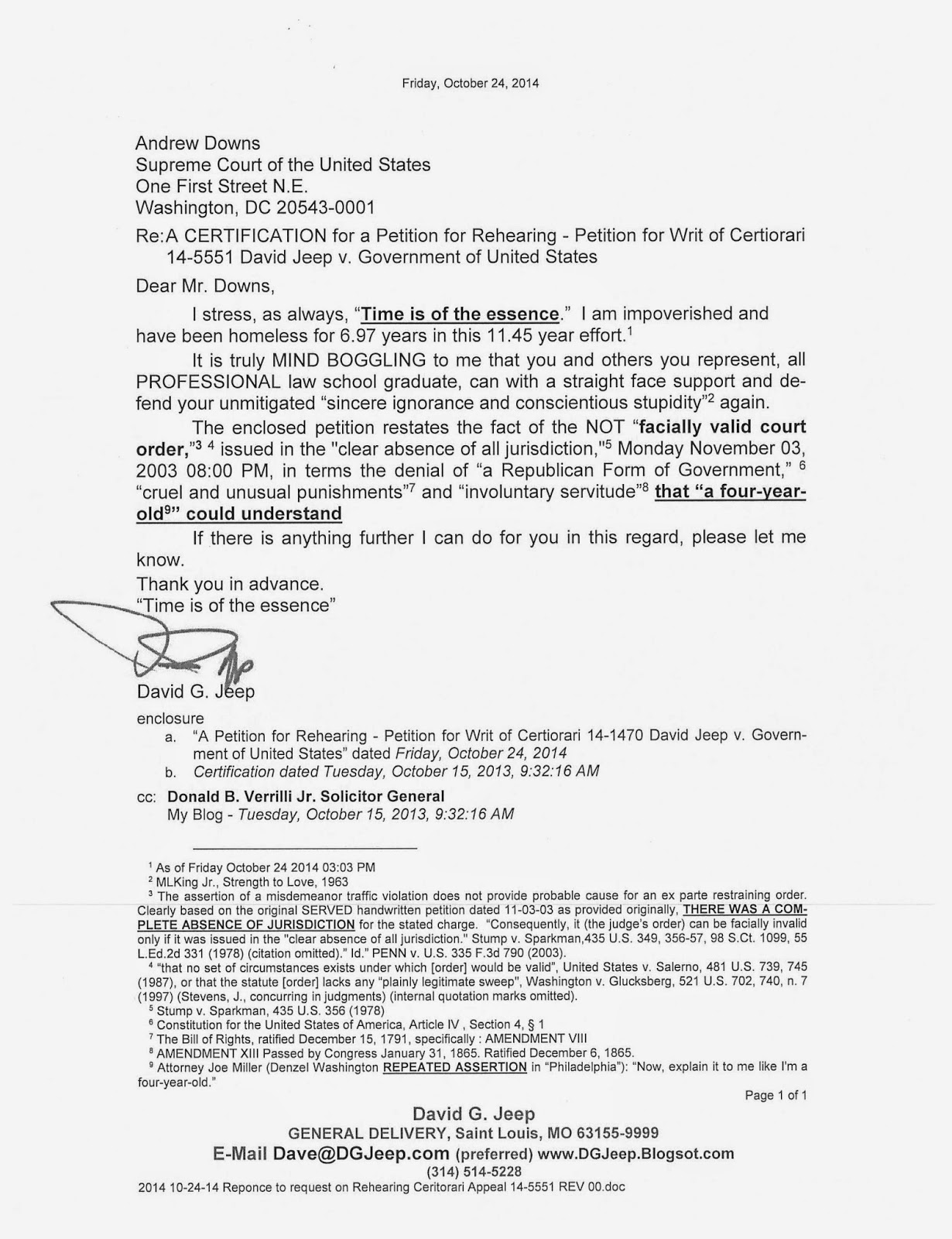 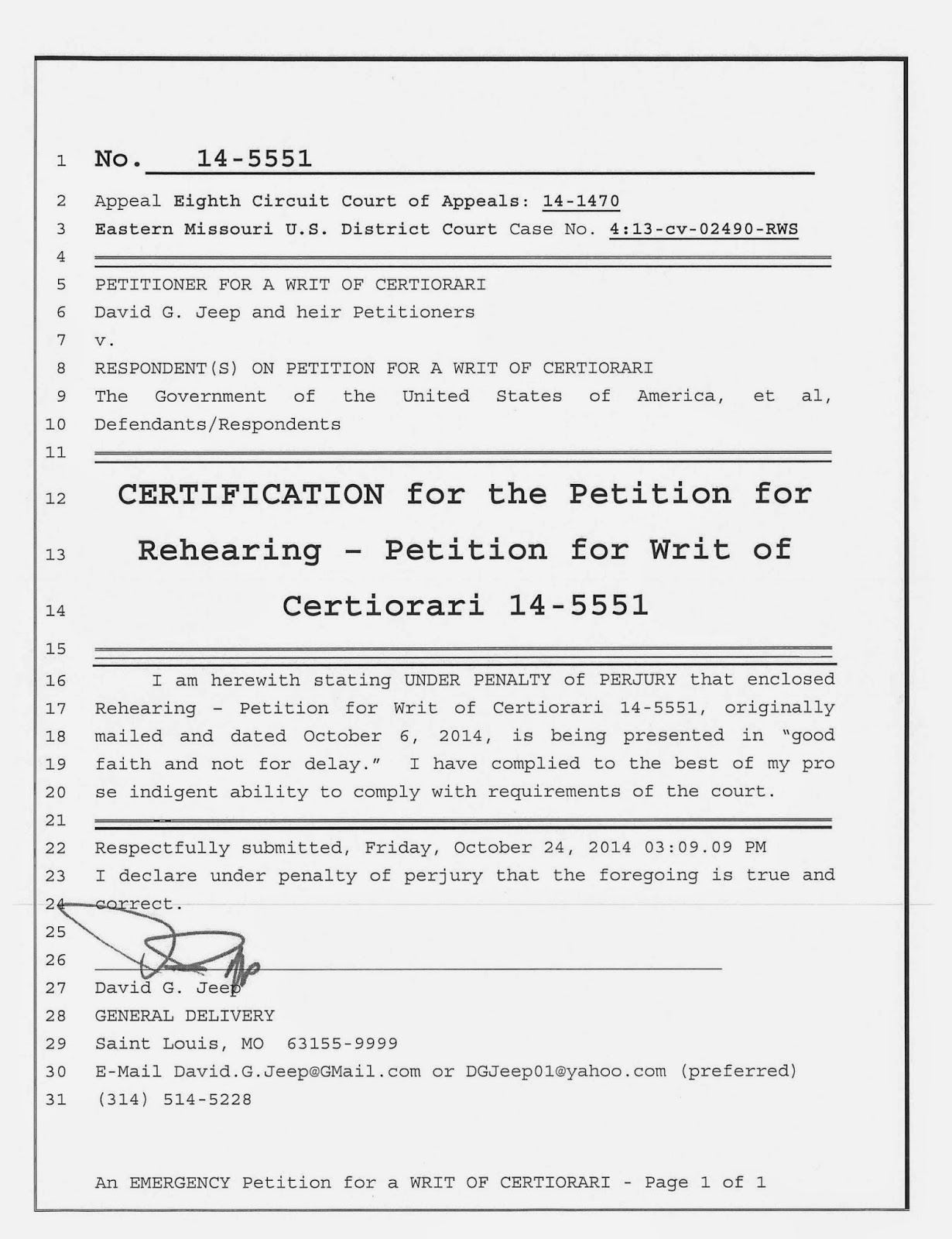 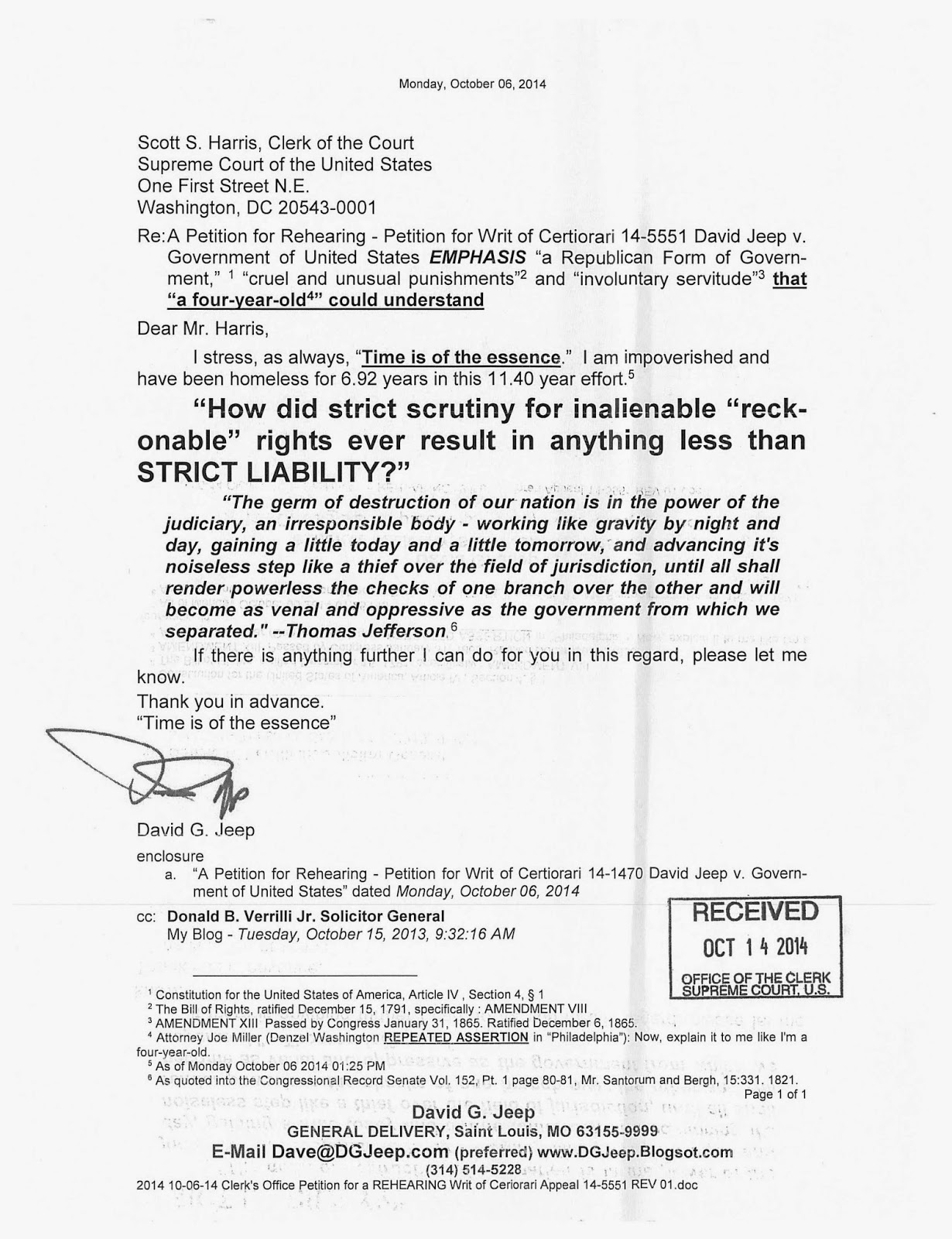 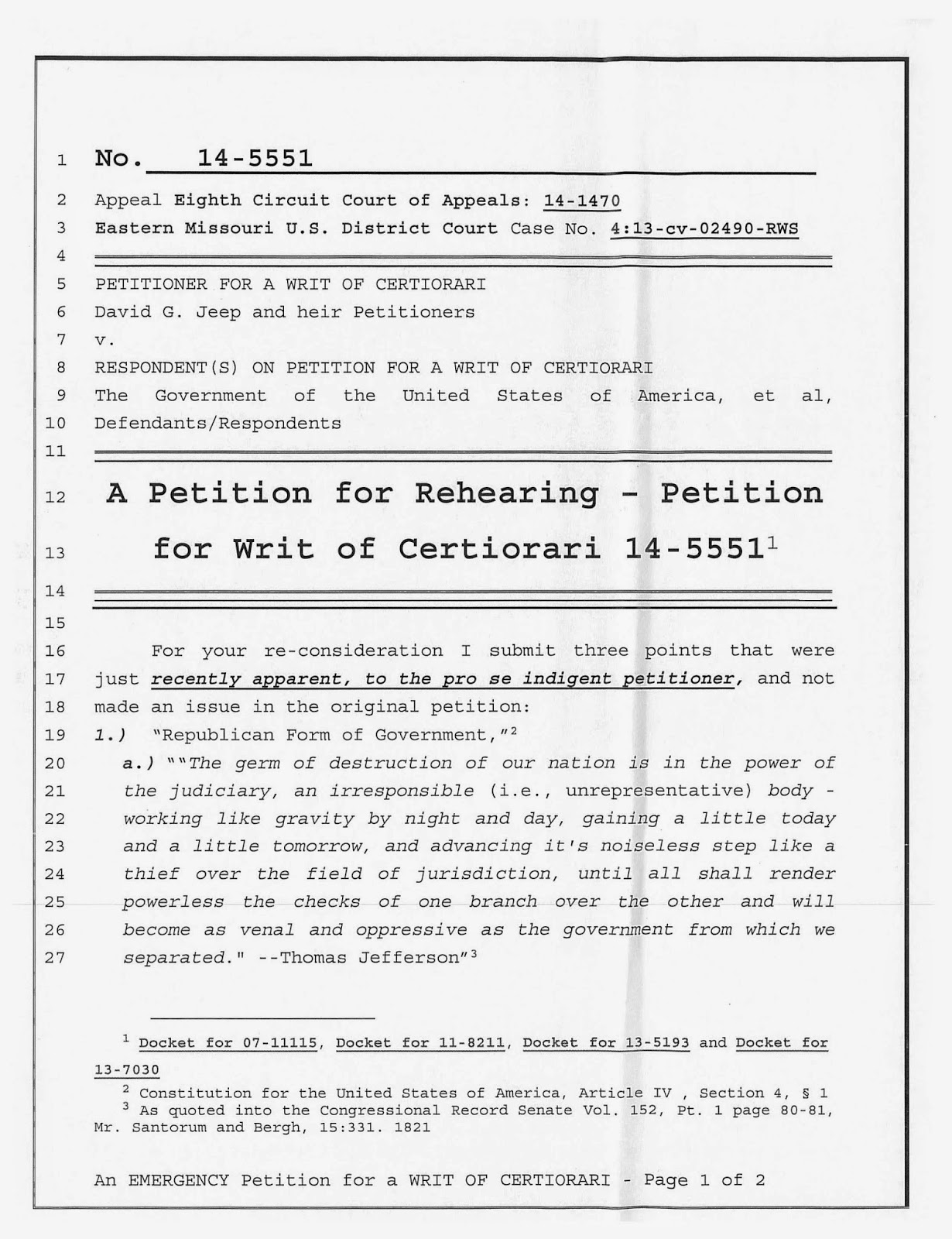 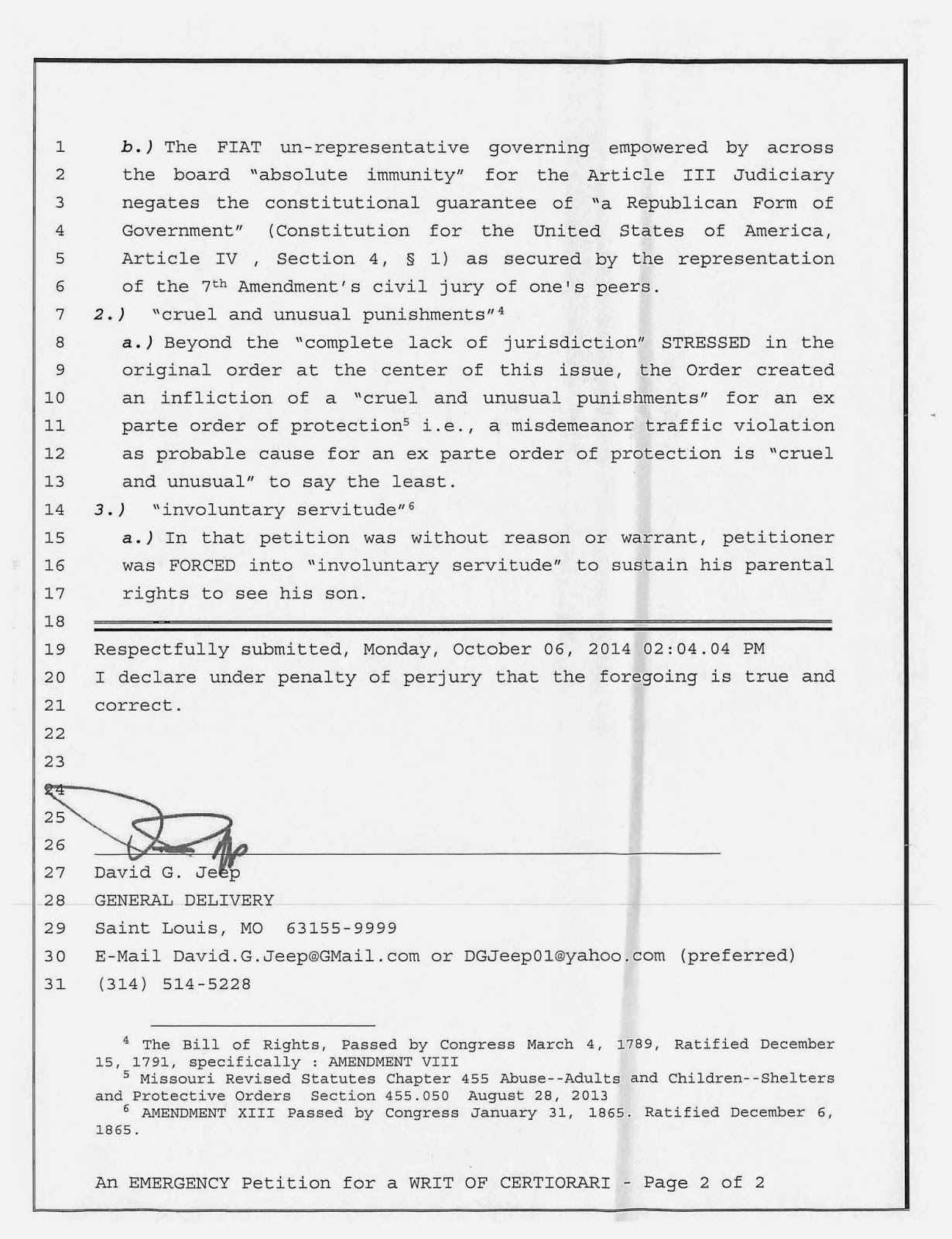 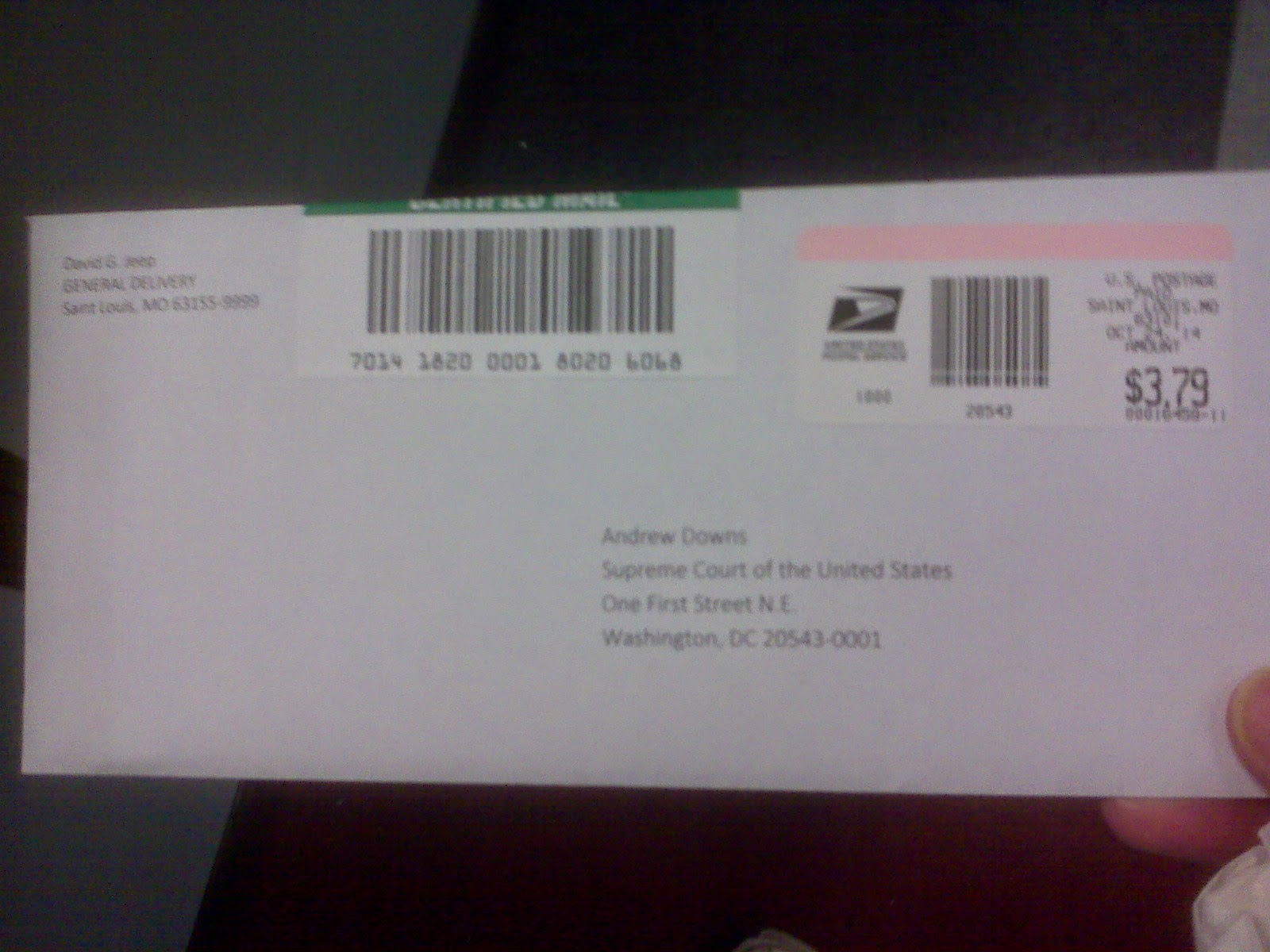 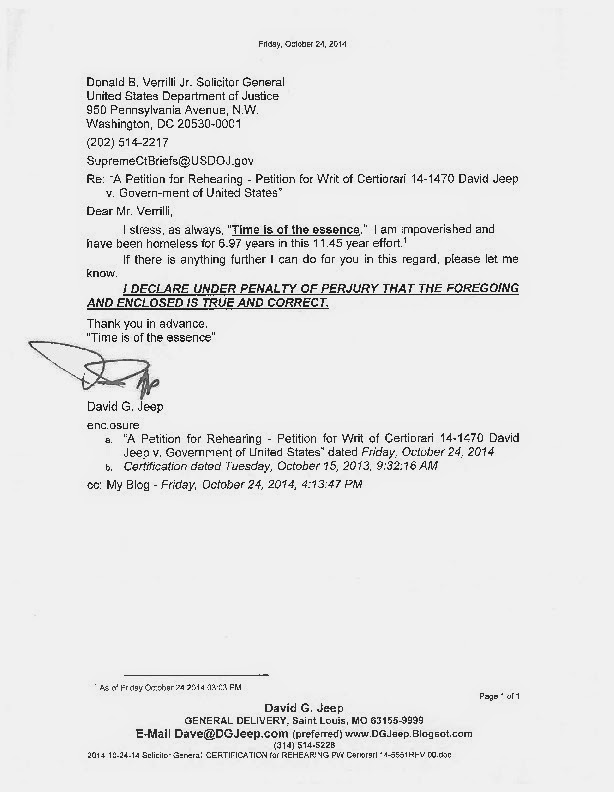 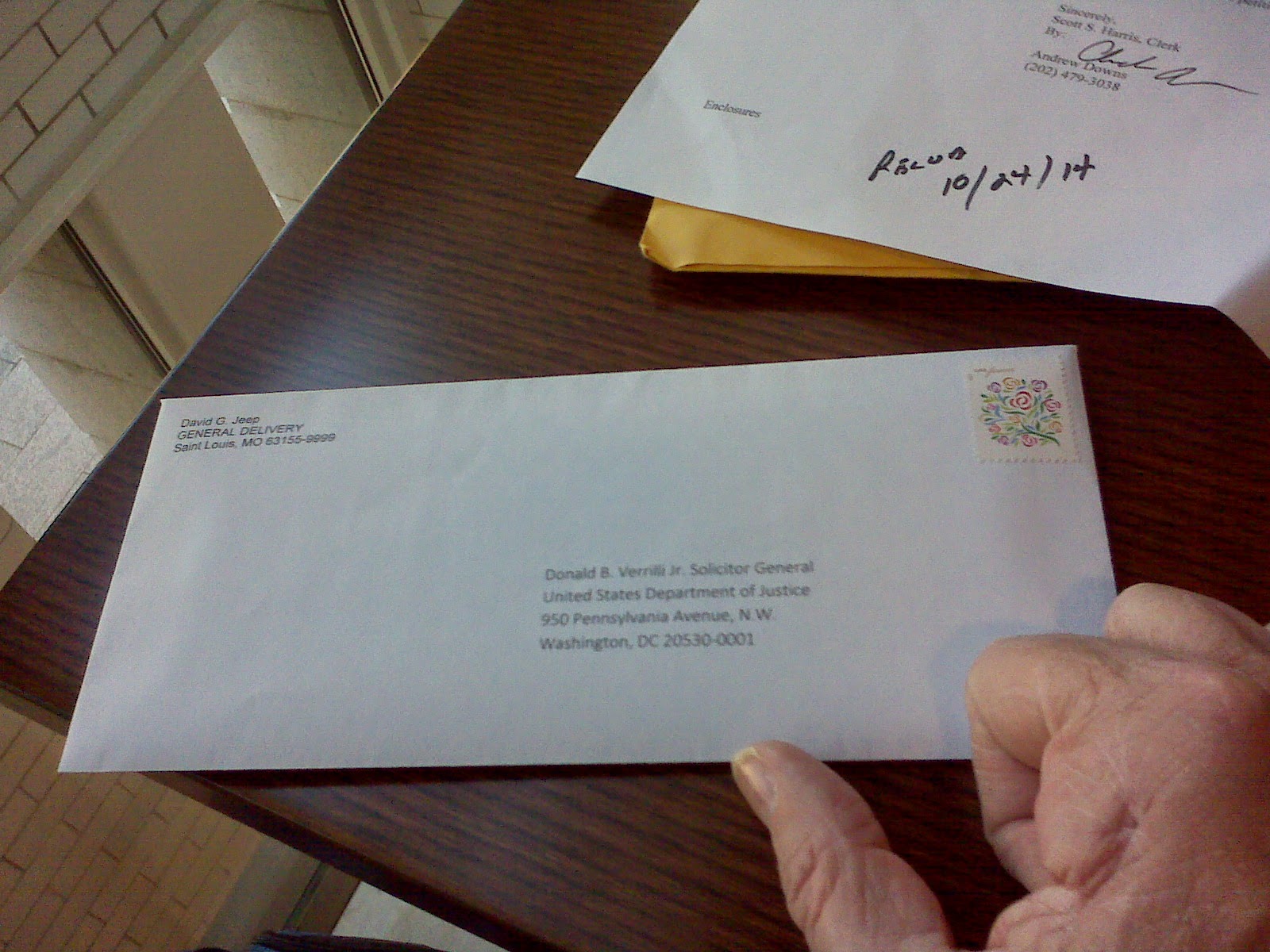 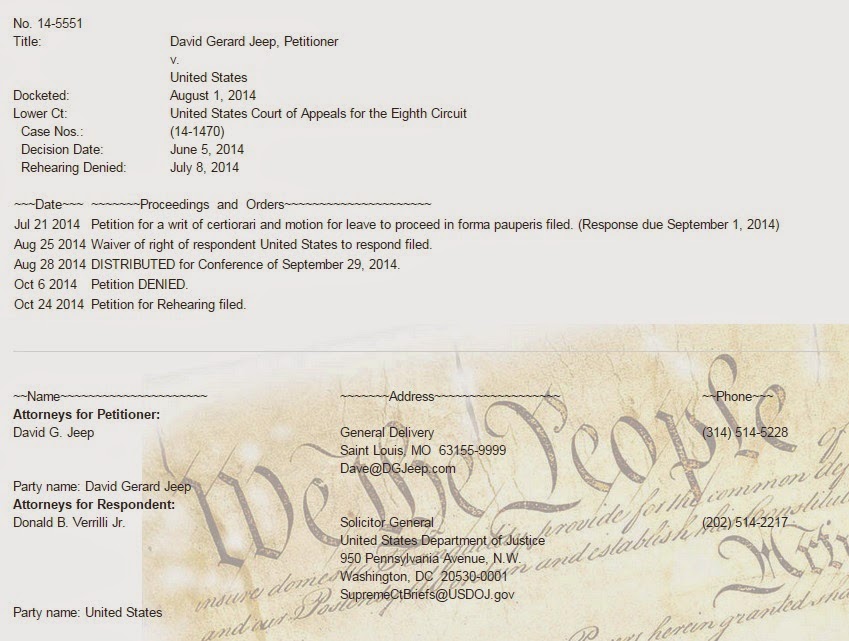 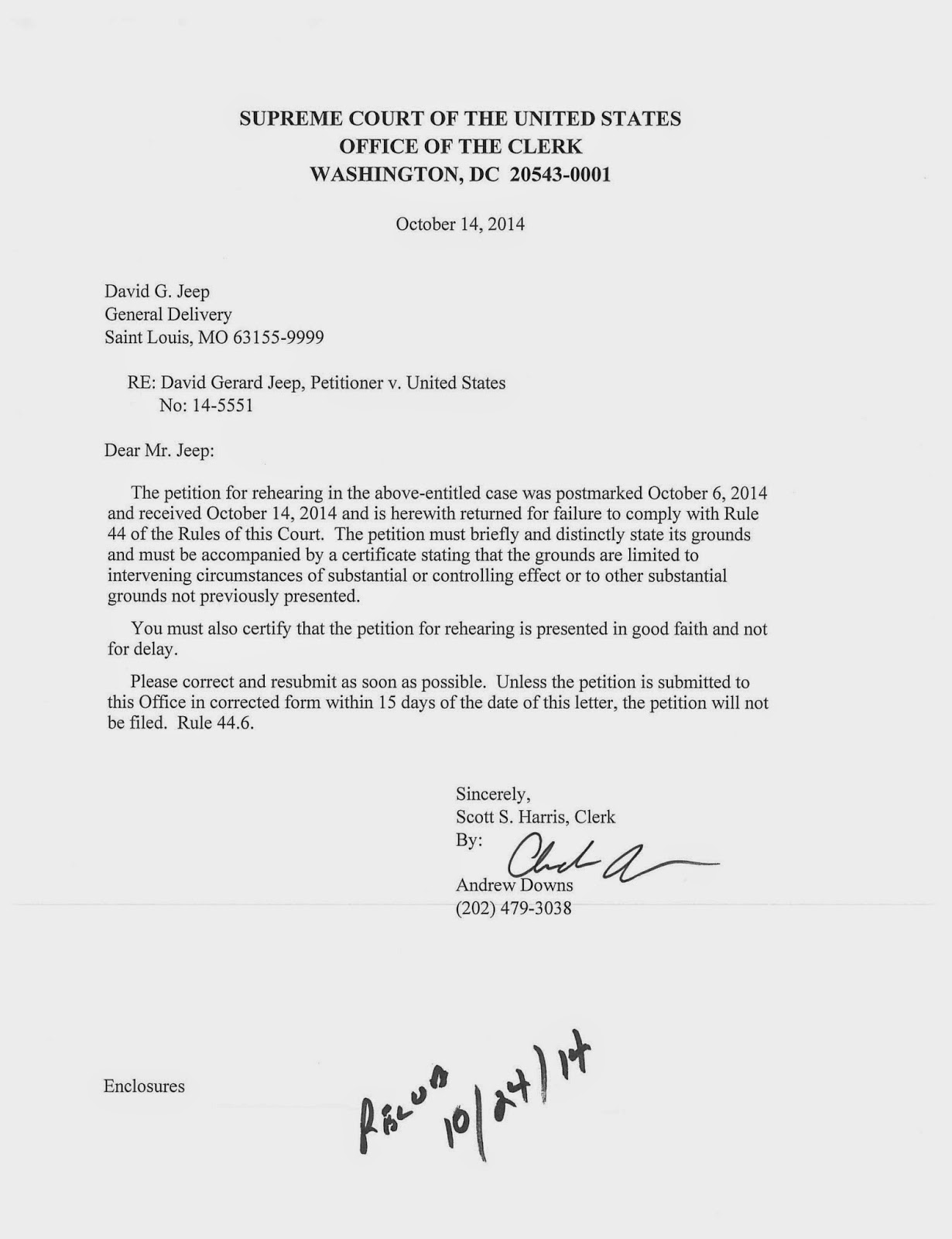