I would much prefer that you sell tickets to the prosecutors to watch the infliction of my hand cuffed beating ending with a gun shoved down my throat by a violent police officer,

This is not a motion, this is a statement of FACT!!!!!!!!!!!  Dr. Martin Luther King, Jr. once said “Nothing in the world is more dangerous than sincere ignorance and conscientious stupidity.”  Your assertion of a “black mark on a very venerable office” has to be one of the most stunning examples of Dr. King’s assertion.  You and your black robed “absolutely immune” royalist Article III judiciary dishonestly do worse than the prosecutor and un-named police officer - EVERY SINGLE DAY!

It all comes down to what is reasonable probable cause for the result.  If ever you get the chance to choose the results of REASONABLE non-exigent “probable cause” for me, I would much prefer

that you sell tickets to the prosecutors to watch the infliction of my hand cuffed beating ending with a gun shoved down my throat by a violent police officer,

the undisputed FACT of my case, #4:15CV1533HEA i.e., 12 years of second-class parenthood, the denial of property rights and liberty rights topped off with 8 years of homelessness, 6 Petitions for Writ of Certiorari to the Supreme Court, 411 days in jail – all- the undisputed FACTUAL RESULT of a NOT “facially valid court order” [2]


As a matter of your law, every police officer, just like a domestic relations judge, has the unfettered right to use whatever force he deems necessary to restrain a resistant alleged perpetrator, in their undisputable estimation of exigent circumstances, PERIOD.  Therefor by your logic, in #4:15CV1533HEA, the prosecutors and the police did nothing wrong and the un-named victim in Tuesday’s article has no 14th Amendment claim to “vindicate a cognizable legal right.”

It is not like the officer had to make the split second decision of a 21st Judicial Circuit Judge in the relaxed, warmth and safety of a court house in November of 2003 at an ex parte hearing on a facially FRAUDULENT petition being nonchalantly criminally tendered by a woman wanting to FRAUDULENTLY gain the upper hand in a “domestic relations” action, that resulted in fraus omnia corrumpit.

Just think what “sincere ignorance and conscientious stupidity’ we could perpetrate without any other check on our “absolutely immune” prerogative than an impeachment with “a requirement for an uberempathetic voting population (and/or Congress) so concerned for the rights of others that they will vote on the basis of policies that do not impact their own lives.”[3]

No wait let’s look at history, We the People have already experienced a civil war[4] with 600,000 casualties, 100+ years of Jim Crow racial discrimination, 50 years of Lochner, 21+ years of Jane Crow and 5 years of Citizens United v. Federal Election Commission 558 U.S. 310 (2010), just to name a few, because of the “subtle and ingenious verbal criticism” we tolerated with our unelected black robed “absolute immune” royalist Article III judiciary.

“The "Jane Crow" Era, “It doesn't take a cynic to point out that when a woman is getting a divorce, what she may truly fear is not violence, but losing the house or kids. Under an exparte order of protection (e.g., a NOT“facially valid court order”[5]), if she's willing to fib (assert fraud) to the judge and say she is "in fear" of her children's father, she will get custody and money and probably the house.””[6]

We the People “have ceased to be their own rulers, having to that extent practically resigned their Government into the hands of that eminent tribunal”[7] i.e., our unelected black robed “absolute immune” royalist Article III judiciary.

Thank you in advance.
“Time is of the essence”
David G. Jeep

Thanks in advance,
To Kill a Mocking Bird, The Denial of Due Process
“Agere sequitur esse”
“Time is  of the essence"
David G. Jeep, Federal Inmate #36072-044
http://dgjeep.blogspot.com/
My E-mail addresses are David.G.Jeep@GMail.com orDGJeep01@yahoo.com 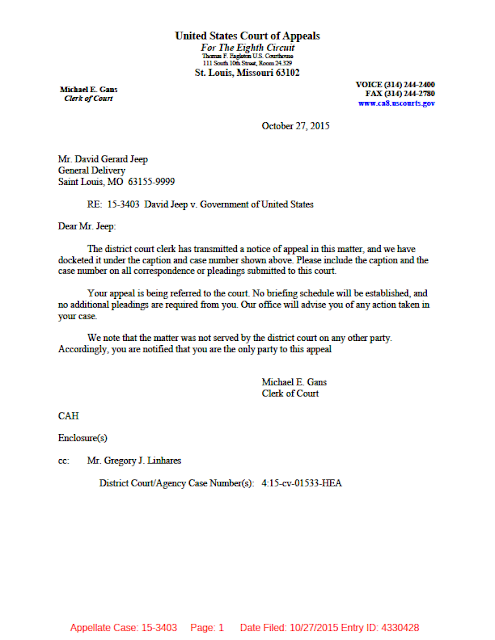 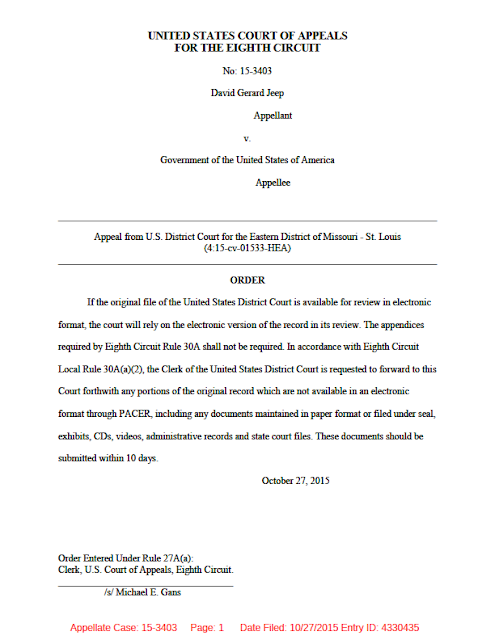