You are both suppose to be somewhat versed in constitutional law. That being said neither of you seem to have the faintest idea of a constitution’s raison d'être. Petition for Writ of Certiorari 14-5551[1]

You are both suppose to be somewhat versed in constitutional law.  That being said neither of you seem to have the faintest idea of a constitution's raison d'être.

You both support and assert the American coveted status of victimhood.  The American coveted status of victimhood was spawned by the corrupt, self-serving Unconstitutional Article III Judiciary.  As we all know, the judiciary corruptly asserts they would be unable to function, OVERWHELMED by "continual calumnious"[8] or "vexatious"[9] actions, if they were not afforded absolute immunity.  That assertion is based on the premise that "equal protection" of Due Process of law is not possible.  Thus the Constitution for the United States of America is without validity or enforceability.  This absolute immunity empowers absolute power to the ABSOLUTE CORRUPTION[10] of individual reckonable inalienable rights.

That is the MODERN American definition of victimhood.  Without extraordinary measure for XYZ they cannot SURVIVE.  XYZ needs protection above and beyond that of normal persons or they will never survive.

This creates a multi-tier system of justice which is diametrically incompatible with the 14th Amendment's REQUIREMENT of "equal protection of the laws."  Nonetheless it is unconstitutionally sustained and enforced by our constitutional guardians, the Article III Judiciary, for their and their chosen few self-serving benefit to the detriment of the overwhelming majority of We the People.

One need only look at the Jane Crow sexual and Post Jim Crow racial discrimination e.g.:

I feel it appropriate to quote from Lord Coke, "invigilandum est semper, multae insidiae sunt bonis" (Ed.: one must always be on one's guard, for in good things there are many snares) there is a difference from being on one's guard and turning the blind eye of "absolute immunity."  We the People hoped to "establish justice" with our constitution, not blindly sustain and promulgate "malice and corruption" of "absolute immunity's" ABSOLUTE POWER.[13]

Thank you in advance.
"Time is of the essence"
David G. Jeep 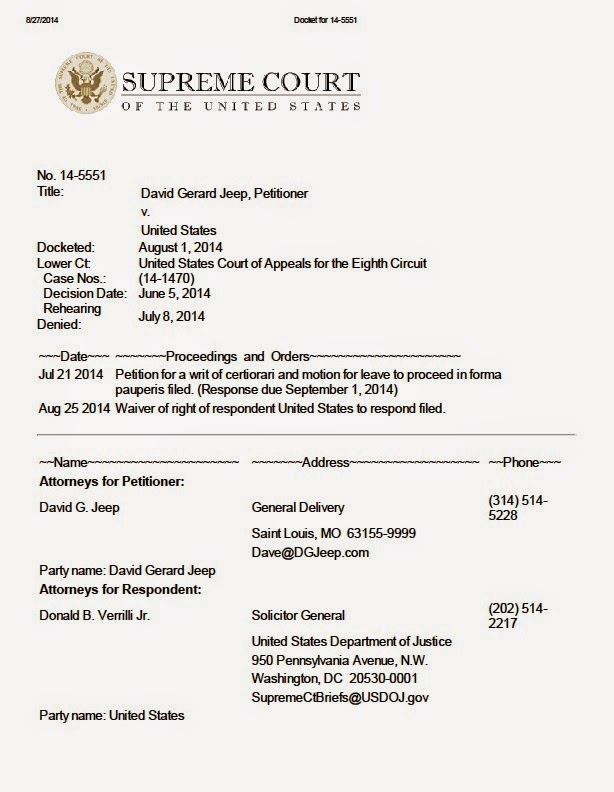