A Dire Period Of Scandal For Donald Trump In Turmoil | Rachel Maddow | MSNBC
Published on Mar 24, 2017
Rachel Maddow reviews the latest developments in the litany of investigations into the Donald Trump campaign while Trump's political agenda continues to fail.
https://www.youtube.com/watch?v=yg0ZxRqLc9A

Trump has failed at everything, SUBSTANTIVELY, he has attempted!!!!!!!!!!!!!! Trump is going to CONTINUE TO FAIL.  Trump IS GOING DOWN and dragging the Republican Party with him!  Trump has been repeatedly HUMILIATED by the FACTS.  Trump has repeated proven to be MORALLY and FINANCIALLY bankrupt!   Trump is an egotistic WIMP!

Trump FREELY admits to conspiring to rob the bank. 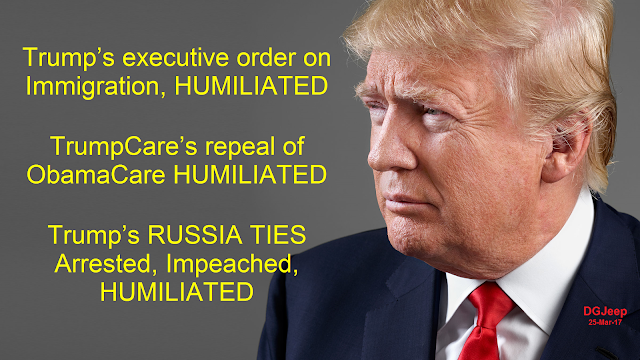 Chuck Schumer: 'Art Of The Deal Is Out The Window' | Rachel Maddow | MSNBC
Published on Mar 24, 2017
Senate Minority Leader Chuck Schumer talks with Rachel Maddow about the failure by Donald Trump and Republicans to dismantle the Affordable Care Act, and the power of the grassroots effort to thwart Trump.
https://www.youtube.com/watch?v=ncBtmbJv5Tk

New Facts On Russia Influence On GOP Platform | Rachel Maddow | MSNBC - Published on Mar 8, 2017
Rachel Maddow looks at new information on ties between the Trump campaign and Russia and its influence on the Republican Party platform at the national convention, adding credibility to another piece of the unverified Trump dossier.
https://www.youtube.com/watch?v=8abLxGh_RQc

New Commerce Secretary at nexus of lucrative Trump Russian deal
With a line that runs through newly confirmed Commerce Secretary Wilbur Ross, Rachel Maddow connects the dots between a billionaire Russian oligarch and a Donald Trump deal worth tens of millions of dollars.Duration: 21:44
http://www.msnbc.com/rachel-maddow/watch/new-commerce-secretary-at-nexus-of-lucrative-trump-russian-deal-886220355575

Maddow: Trump disconnected from his own policies as president
Rachel Maddow discusses with an MSNBC panel what accounts for the disconnect between what Donald Trump says unscripted and in interviews and what Donald Trump reads from teleprompters and signs into law. Duration: 1:47
http://www.msnbc.com/rachel-maddow/watch/maddow-trump-disconnected-from-his-own-policies-as-president-887147075574

Sketchy Donald Trump Deal Eyed For Ties To Iran | Rachel Maddow | MSNBC
Published on Mar 6, 2017
Rachel Maddow describes the reporting published in The New Yorker about a Donald Trump business deal that raises a lot of red flags, not the least of which is an alarmingly close proximity to the business of the Iranian National Guard, sponsor of terrorism.
https://www.youtube.com/watch?v=dy9Qtf3P6Nw"Agere sequitur esse" ('action follows being')

How Do You Overcome Sophistry Of Stare Decisis?
http://dgjeep.blogspot.com/2016/05/how-do-you-overcome-sophistry-of-stare.html

ANY Un-enacted "policy"[1] proclamation by judicial officials who uniquely benefit from their self-legislation does and should suffer the presumption of RECKLESS-ILLEGITIMACY.

Incompetence does not and never will CREATE REASONABLE PROBABLE cause.

[1]" We reemphasize that our role is to interpret the intent of Congress in enacting § 1983, not to make a freewheeling policy choice, and that we are guided in interpreting Congress' intent by the common law tradition."  Malley v. Briggs, 475 U.S. 342 (1986)​ 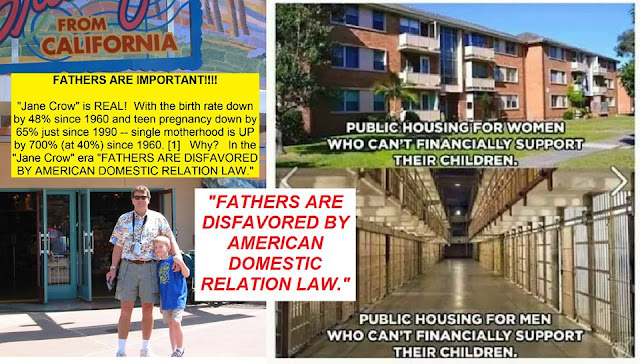